Posted on December 26, 2019 by Cosmic Convergence

Welcome to the
2020 ALT MEDIA REVOLUTION!

“We are all the ALT MEDIA”

There’s only one way to permanently shut down the Mainstream Media (MSM).

Just how do we do that?

When you build it, they will come.

Everyone on the planet is looking for truth.

Who isn’t in search of factual information and accurate data these days … about everything?

The corporate media has proven itself to be a highly dishonest, unreliable and untrustworthy source for news and info.

In point of fact, once the MSM was morphed into the Mockingbird Media by the C.I.A. after World War II, it has been nothing but fake news — 24/7 — across America. See: Presstitutes: Embedded in the Pay of the CIA 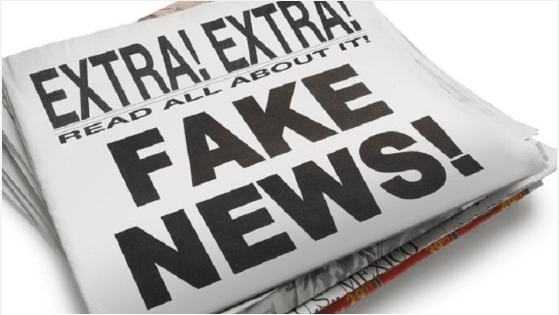 Who can stand it anymore?

In the Trump era, the sheer volume of utterly fake news stories has significantly increased in both frequency and intensity.

It’s like the Mockingbird Media can’t help itself and is therefore pushed into disseminating even more fake news reports to cover up the previous ones.  All the corporate media platforms are being so weighted down with fake news generation and false news reporting that they are slowly collapsing.

The CIA’s Mockingbird Media simply can’t conduct so many cover-ups simultaneously anymore with any degree of effectiveness.  It’s really quite hysterical to watch all of them slowly crash and burn.  And to think that their escapable self-destruction could have been avoided altogether had they just told the truth … ABOUT ANYTHING!

KEY POINT: The captivating and mesmerizing mockingbird is world renowned for singing the same songs of all the other birds that live in its locale.  Similarly, the MSM has become notorious for putting out the exact same newscast or story — WORD FOR WORD — that was dictated by their hidden masters at CIA Headquarters at Langley. MUST VIEW: MOCKINGBIRD MEDIA: Hundreds of TV Stations Repeat the Exact Same C.I.A. Script About ‘Fake News’ that’s Really True (Video)

Now that at least half of America is hip to this massive CIA-controlled mind-control project, we can work to replace ALL of the Big Media networks and newspapers that are dying a slow death regardless of their responses.

The following video explains why this collective approach is essential to apply but first at the individual level, especially for the growing number of truth speakers and truth writers who want to go live.  Interestingly, the gentleman who produced this excellent video is Russian and he clearly knows his stuff.

“For as We the People of the American Republic find
our voices and put our pens to paper and take to our
keypads to speak truth to power, so, too, will the
peoples of the world.”
(Source: Before Long the Mainstream Media Will be History)

There has been an unprecedented profusion of exposés published about the covert New World Order agenda to establish a One World Government.  This single development reigns supreme in the liberation of the entire planetary civilization from the clutches of the Illuminati families who have ruled the Earth for millennia. See: NWO Cabal Pursues Total Dominion Over The Earth’s Weather And Natural Resources

What this also means is that it’s now much more difficult for the NWO globalist cabal to execute their black operations as well as to cover them up.  With each Gladio-directed false flag attack, CIA-coordinated color revolution, Deep State coup plot, Democrat criminal scandal, act of Neocon Zionist warmongering, RINO scheme to subvert the Republic, and International Banking Cartel conspiracy to collapse the United States, the hidden hand of the Black Nobility is being exposed more and more.

Now that the backbone of Deep State has been revealed in excruciating detail, those SES traitors in the U.S. Federal Government are being watched like never before.  Even a quick audit of the furtive Senior Executive Service reveals a roster of coup plotters working inside the Beltway who have been hard at work overthrowing President Trump. See: DEEP STATE: SHADOW GOVERNMENT REVEALED – SENIOR EXECUTIVE SERVICE

The extraordinary and untold piece of this coup-busting process by the Alt Media is that only one little alternative news platform is needed to break open a major Deep State conspiracy or Democrat scandal.  Once that happens, hundreds of other alternative news websites run with the same nuclear story until it’s sufficiently viralized.  Eventually such bombshells can even bleed through to the MSM.  Even if the corporate media only publishes articles attempting to debunk the Alt Media truth pieces, the Mockingbird Media unwittingly gives these important stories legs in their feeble cover-up attempts.

Slowly but surely the countless NWO conspiracies and Deep State intrigues are painting a picture — stroke by stroke — of a, heretofore, massive clandestine Shadow Government that is both highly organized and brutally efficient, astonishingly all-pervasive and seemingly all-powerful.  This extremely significant realization forms the basis for the “Second American Revolution” that’s taking place across the USA today.

Were it not for the revelatory writings of pamphleteer Thomas Paine in the pre-revolutionary years in the Thirteen Colonies, there would have been no American Revolution.  For it was the political enlightenment of the body politic which occurred through Paine’s courageous pamphlet-publishing that necessarily “fertilized the soil” with revolutionary fervor.

It could even be said that Rep. Ron Paul was the first digital pamphleteer of the 21st century whose presidential runs provided him a HUGE platform to further espouse his revolutionary revelations and truth bombs.

The bottom line here is that only a truthfully informed populace can make informed and wise decisions.  In the present case, concerning the real state of affairs of the American Republic, if the citizenry knew the unvarnished truth, they would have hung the traitors live on the Internet by now.  9/11 truth alone is so radioactive it would immediately trigger the collapse of the US government. For example, there is this 9/11 FACT: The Pentagon Was Hit By A Cruise Missile From The US Military Arsenal.

If only the multi-century conspiracy to start three World Wars as a means to foist a global totalitarian government upon the world community of nations was exposed by the Alt Media, it will have performed a most vital service to humanity.  Of course, divulging the nitty gritty details in advance of the planned World War III makes it much more challenging for the perps at the top of the food chain to successfully pull it off.  As follows:

For those who are unaware, we in the Alt Media make up one of the central pillars of the burgeoning Fifth Estate.  This emerging global platform is the same one that prevented a Hillary Clinton victory in 2016.  Perhaps the main pillar is a little website named WikiLeaks and here’s a good example of just one of their wildly successful missions.

Not only did sites like Wikileaks take down globalists like Clinton, the Alt Media is becoming the most trusted source for the vast majority of truly BIG news stories that now break every single day.

As newspapers go bust across the country, Alt Media news websites are quickly replacing them as the primary source of news.  That’s because truthful news is quite addicting.  Most have never even heard or read truth before in the media so when they see or hear it for the first time, they resonate deeply with it and keep going back to that reliable source.

As the Fifth Estate continues to grow and develop, it’s fast becoming the first choice of information for everyone, both truth seekers and establishment propagandists alike.  Who doesn’t want to know the real deal behind any major event that is secretly engineered in the background by the New World Order globalist cabal?

As this inevitable daily news-acquiring dynamic carves out a deeper and wider groove by the week, folks are showing — en masse — that they are fed up with the extremely deceitful, highly untrustworthy and ever-prevaricating Mainstream Media.  Hence, the Fifth Estate will only continue to extend its reach throughout the World Wide Web until it totally dominates.

Truly, there is no place in cyber-space that can escape the scrutiny and truth-telling of the Fifth Estate.  And, because of the way the Internet is hardwired globally, there are more and more opportunities for the Fifth Estate to quickly and efficiently spread the truth.

What follows is an excellent and exciting portrayal of what’s happening in the background where it concerns the global Media Industry.  Were people everywhere to really understand the unparalleled revolution taking place right now, they would join it in a heartbeat and never look back.

Once anyone becomes a digital soldier fighting for the “Army of Truth”, they simply cannot wait to get up every single morning to release of “a thousand flaming arrows” into the Deep State castle.   What a blast!

Now everyone: spread the love … …. … before the Dark Side spreads their hate.

We’ve got ’em like never before, so let’s take full advantage of this defining moment in world history; for the truth shall set US free!

State of the Nation is proud to consider itself a founding member of the Alt Media among many other outstanding alternative media platforms.  We are also pleased to have participated in the humiliating defeat of POTUS Candidate Hillary Clinton.  Here’s just one of hundreds of articles that were published by SOTN during the 2016 election cycle with the explicit purpose of ensuring a Clinton loss: U.S. CODE: Hillary R. Clinton is disqualified from holding any public office in the United States Government.

Now if SOTN can post one piece that garners well over 464,000 Facebook “Likes”, think of what a better-connected news website can do.  We even kept our very basic WordPress 2010 theme in place in order to show folks that anyone can do this.  If we can work this theme with any degree of success, any digitally connected warrior can.  So, let’s get busy!

Another SOTN initiative, which shows that anyone can meme successfully, is the fact that this website was the first on the Internet to create the world-famous meme: “Epstein didn’t kill himself.”  Here’s the back story: The Lynchpin MEME That Will Take Down the Shadow Government.  For those who are unaware, this particular meme will likely go down in Internet history as the most influential of the second decade of the 21st century.  Now that’s impact!

Lastly, SOTN was also honored to participate deeply in the meming of both Pizzagate and Pedogate, two of the most powerful memes of the Third Millennium.  What follows is just one of countless posts that we made during the Internet explosion of these two unparalleled memes: PIZZAGATE: A Special Report on the Washington, D.C. Pedophilia Scandal.  Some of our many loyal readers have even dubbed SOTN—“The MEMEster”.