Every American Needs to Read This—PRONTO!

Posted on October 2, 2020 by Cosmic Convergence 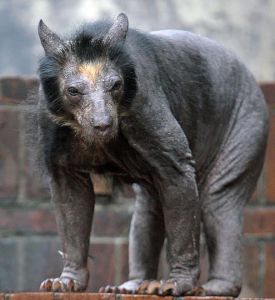 No matter who you are or where you came from…

We have all seen and experienced the depths of shame down to which we can all so easily be dragged by hostility and cruelty inflicted upon others by those who themselves are struggling with their own conflict between grandiosity and self-hatred. Think about that how magnetic sociopaths can be, and attractive
But we batter around these terms and blame others for all kinds of heinous behavior.
The full moon in October on Chiron reveals that a spell has been put upon the whole world this year. We’ve been under a spell. Well, it is just like a spell. I call it
a godjooch- – my made up word that’s like a blinding, magical curse which now I believe we can break with this full moon right now today.
It has nearly destroyed our whole world and caused us all to go nearly mad and believe that up is down and down is up.
Because on the one hand it’s also very real. And you can’t take your eyes off it. Your transfixed, paralyzed to the spot to watch it all unfold. It’s like a mad animal has broken into our peaceful country cottage, slathering and red-eyed, as it ravages the whole place. Smashing and burning our most beloved and sacred possessions. An insane intruder that gobbles everything in sight.

In astrology we call it the Saturn Pluto Chiron effect ( But I call it what it is: just a plan, old GODJOOCH), and it is now after reaching its zenith, waning. The conjunction is over but still being triggered by the transits.  At its highest point of destruction the beast is now satiated and tired. It’s stomach is full with the remains of its victims. It has eaten, and now, only now can we begin to heal our broken world.
Self-hatred, self-loathing, isolation has shown us and given us a chance to look into ourselves as a Voice in our deepest consciousness is saying,
“Blame not your leaders for the state of despair to which you have allowed yourself to be led. Look within,” the Voice is saying.
“Seek not in the baleful full eyes of the damaged beings from whom you seek salvation and protection. There is nothing there.“
The only salvation of our world is our own personal humility and acceptance of our own blindness. For it is our own selfishness that has brought our world to such a shameful depth. Probably it’s our own fear in blindness to the needs of others that has let our leaders do our stealing for us, so that we could go on living off the fat of their corrupt and heinous dealings.

So a curse was laid upon the world to show what we have taken from others and taken for granted. As if Life owed us anything. It asked for nothing but our gratitude.

But wait, here comes a good part: the spell can be broken.
Because of that curse, we all – – you, me and the milkman have had the rare chance to be alone, really alone with ourselves maybe for the first Time, to find or rediscover the one little spark that glimmers in the darkness. And by golly it’s still called the love of life and the beings who live it.
So instead of allowing ourselves to be enslaved, unhinged, thuggish, prejudiced, uncivilized, Lawless, punitive, bitter, hating the world,
can we not heal this broken world through the power of love?

Everyone in the world has lost or is in danger of losing something precious they can never replace. All we have now is our ability to comfort others. It’s a chance to rise above ourselves our lower animal  selves.
So comfort your brothers and sisters, human and otherwise and that’s the mystery of the Chiron experience.
Ciao for now.