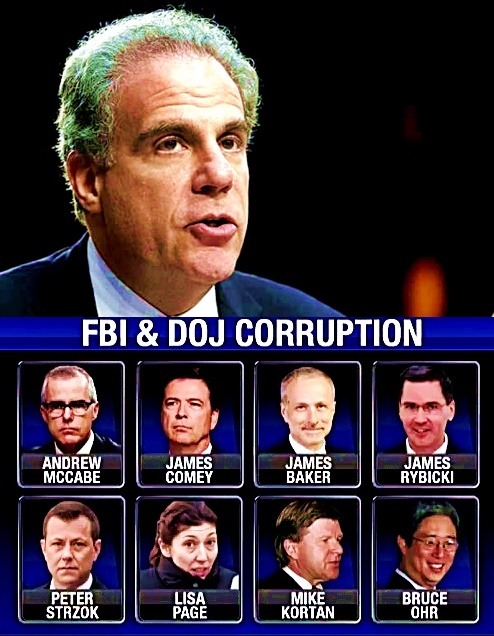 What could possibly be more dangerous to the American Republic than when the Inspector General of the Department of Justice works for the bad guys?

DoJ IG Michael Horowitz has repeatedly demonstrated — through his own incriminating actions and suspicious inactions — that he really works for the dark side, not for the American people.

When a former DoJ official and whistleblower presents an airtight case to the DoJIG office proving Mueller was a foreign criminal agent and corrupt inside man – in the employ of interests looking to harm the Republic – and nothing comes of it, you know the Inspector General is crooked as a barrel of snakes.  As follows: 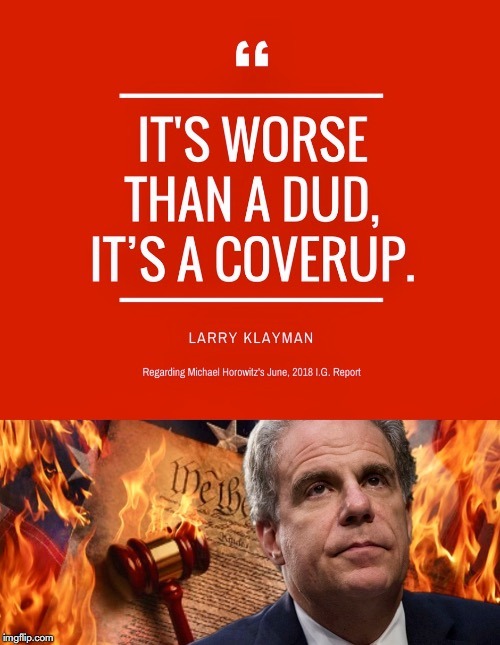 Truly, it does not get any worse than DOJIGgate.

That’s because it shows just how deep and dangerous and duplicitous the swamp inside the Beltway has become.  It also reveals that the rot, as rank and revolting as it is, has spread everywhere.  And, that virtually everyone who works in Washington, D.C. must become politically correct traitors to survive.  Those who leave the Deep State reservation do so on pain of death … … … or worse!

Of course, when the “Man of the Hour” is none other than IG Michael Horowitz, it’s easier to grasp just how much Deep State completely controls every single organ of the U.S. Federal Government, especially law enforcement and the intelligence services.

Once the New World Order globalist cabal was successful at taking over the entire U.S. Intelligence Community (of which the DoJ belongs to), controlling the outcomes of inspector general investigations is as easy as baking a cake.

In this case, the baker is Horowitz.

Therefore, it’s of paramount importance to understand exactly who Horowitz is according to his extremely revealing employment and speaking engagement history.  As follows:

Just who is Michael E. Horowitz, Inspector General for the Department of Justice?

However, in order to properly understand just how well-groomed Horowitz has been in order to carry out his current Deep State assignment to effectively cover up a full-blown soft coup against President Trump, the following exposé presents the most radioactive and chilling details.

HOROWITZ HAS BEEN GROOMED BY GEORGE SOROS VIA DNC BARNEY FRANK, THE CLINTONS, AND JAMES CHANDLER SINCE HARVARD LAW SCHOOL

The true depth and breadth of outright criminality and corruption associated with Michael Horowitz is further delineated in this searing investigative news report: IG Report: A Complete and Total Whitewash by Deep State Agent Michael Horowitz

Now, with this correct understanding about the treasonous MO utilized by Horowitz and his numerous Deep State co-conspirators, it’s much easier to apprehend just how serious is his fastidiously prepared cover-up of the “joint FBI-DoJ-CIA coup” and crime spree committed against the POTUS. 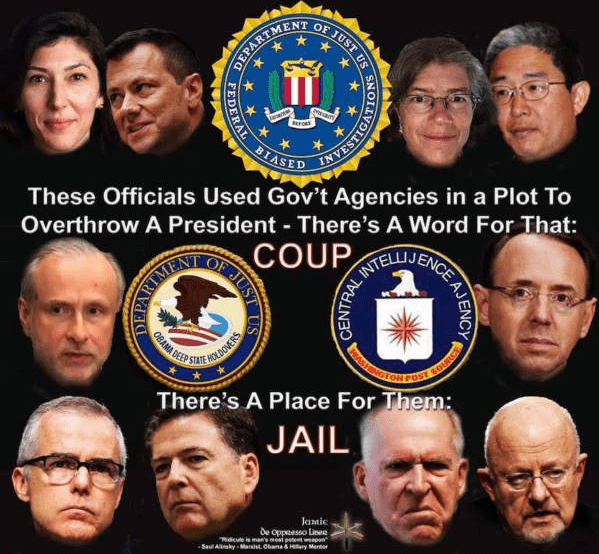 KEY POINT: This is certainly not the first whitewash by IJ Horowitz.  Nor will it be his last as long as he occupies such a pivotal Deep State position that is necessary for nearly any cover-up inside the DoJ.  Every Obama appointment to crucial posts within the federal law enforcement erred on the side of extreme caution since there was so much lawbreaking and violation of rules. See: Inspector General Michael Horowitz: Another Corrupt and Lawless Obama Holdover in the D.C. Swamp

Now that Attorney General Barr has issued a public rebuttal to the patently false Horowitz claim of a “sufficient basis to open an FBI investigation”, the stage is set for a fake conflict between the two DoJ authorities.  Once Horowitz even hinted at the possibility that the FBI has justification to launch a highly political, full-scale, espionage scheme against the Republican nominee for POTUS, the Deep State cover-up began in earnest and the coup plotters could breathe easy.

Do you see how they pull this off?

Get the two institutional centers of gravity debating each other about the existence of the transparent plot to overthrow the POTUS while the perpetrators skate further away from the crime scene.

What Horowitz does is give cover to not only Barr as the chief law enforcement officer on the case, but also to every Deep State co-conspirator in this reckless coup attempt that was only undertaken because they really thought Hillary would win.  In that god-forsaken scenario, their seditious plot would have never seen the light of day.

Hence, in their sloppiness and hastiness, the massive Deep State conspiracy broke more laws and committed so many crimes that gatekeepers like Horowitz needed to be directed to execute a complex cover-up for the sake of preventing the utter collapse of the FBI, DoJ and C.I.A.

As far as the American people are concerned, these globalist-controlled US government entities have already collapsed as they seditiously endeavor to advance the New World Order agenda in broad daylight.  That’s why their next order of business is to expeditiously depose Trump by any means possible, even if they must file obviously false impeachment charges against him.

All of these juvenile attempts to overthrow Trump are designed to somehow undermine his 2020 candidacy, despite each one of them failing miserably as the Democrat’s RUSSIAgate hoax did.  They still don’t get that: Trump Carries Out Sting Operation Against Coup Plotters Via UKRAINEgate.