Posted on December 11, 2019 by Cosmic Convergence

Horowitz’s False Report Proves Deep State Rules Inside the Beltway, D.C. Swamp Will Not Be Drained 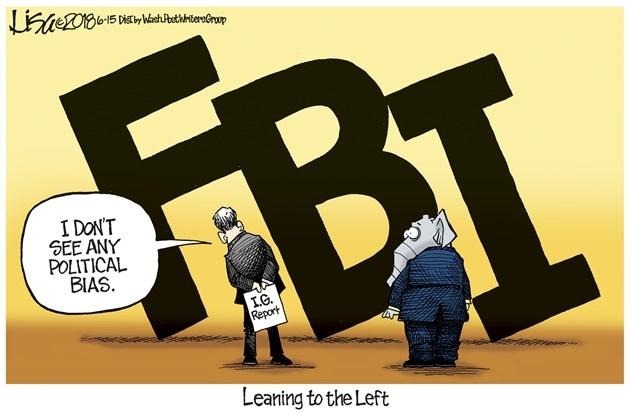 Yet Another Calculated Horowitz Whitewash!

Make no mistake about it: It’s an all-out war between Team Trump and Deep State.

Truly, given Horowitz’s carefully cultivated professional background over years of operating as an inside man, the following list of his dubious qualifications is undeniable.

Many Alt Media political analysts and social commentators have asserted that everything occurring inside the Beltway in 2019 and beyond in nothing but Kabuki theater.  And, they may be spot on.

However, that doesn’t mean there is not a full-scale political war going on at the same time.

There’s no denying, for example, that the CIA’s Mockingbird Media is attempting to destroy President Trump in a way NEVER witnessed before in U.S. history.

In point of fact, no POTUS has ever taken the blows that Trump has since the very day he declared his candidacy in June of 2015.  He has had to weather a veritable superstorm of slander and libel, defamation and character assassination every single week since that declaration day.

Are both sides acting? 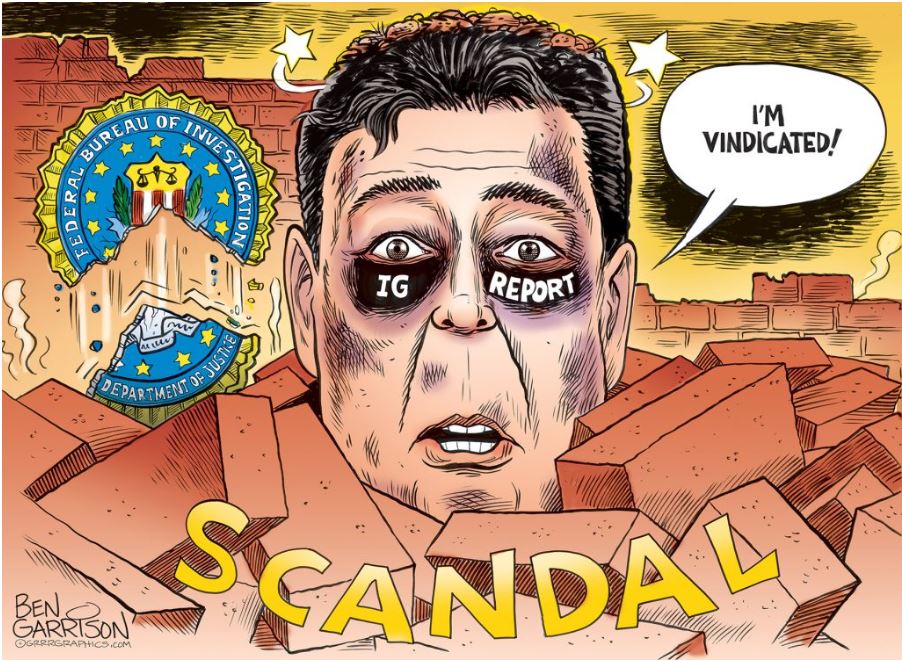 For IG Michael Horowitz to issue a report even hinting that the FBI had no bias as they committed their numerous crimes during the FISA warrant reveals an institutional chutzpah that is rarely, if ever, seen.

Remember, this is all happening IN BROAD DAYLIGHT.

When this type of transparent, yet profound, corruption has occurred in the past (and it often has), it always takes place under cover of darkness.  No one sees it, or even knows about it, except the Deep State perps.

This obvious whitewash by Horowitz, on the other hand, is the most watched act of institutional malfeasance yet, and carried out under the glare and scrutiny of the international press no less.

Some of the Horowitz report conclusions fly in the face of basic rationality and criminal investigatory principles.  He doesn’t care; his handlers don’t care; his hidden masters don’t care that everyone now knows the whole bloody system is completely corrupt to the core.

To even suggest the FBI had no bias in their naked attempt to overthrow the President is so absurd and juvenile and misleading, it, too, needs to be thoroughly investigated and prosecuted by the appropriate authorities.  The DoJ Inspector General is, after all, now guilty of multiple cover-ups.  Here’s the last time Horowitz played cover-up artist: IG Report: A Complete and Total Whitewash by Deep State Agent Michael Horowitz

Back to the ongoing war.

Deep State is especially bothered by Rudy Giuliani’s efforts to ferret out the truth about the real UKRAINEgate.[1]

Giuliani’s conducts “a large-scale joint investigation” between Ukraine and the United States, Evidence stacking up

When Trump’s personal lawyer is aggressively investigating the various crimes committed by Joe Biden & Sons relating to various Ukraine scandals (and there are several much more serious conspiracies to be revealed), it appears that Deep State feels compelled to implement a full-blown cover-up by first accusing Trump of the very crimes perpetrated by the Democrats.

REMEMBER THIS MO: The Democrats have reflexively accused Team Trump of crimes that were actually committed by the utterly lawless Obama administration.  None of those Obama corruptocrats would have ever been exposed had Trump not been elected.

Kabuki theater or not, what the American people are witnessing has NEVER happened before.  Not only that, but the body politic is watching the credibility of some of the primary organs of the U.S. Federal Government and premier institutions of the U.S. Intelligence Community — the DoJ, FBI, C.I.A. — crumble right before their eyes.

KEY POINT: The FBI has always been the single most corrupt federal law enforcement agency.  It was literally set up that way in order to protect the real criminals at the top of the NWO food chain.  To out any of the low-level criminals and political henchmen would make those above them vulnerable to being exposed.  Hence, we now see that: FBI Director Wray Allows Corrupt FBI Cover-Up (Video).

This unparalleled crash and burn — DURING PRIME TIME — is so overwhelming and inconceivable that many folks are still rubbing their eyes in disbelief. 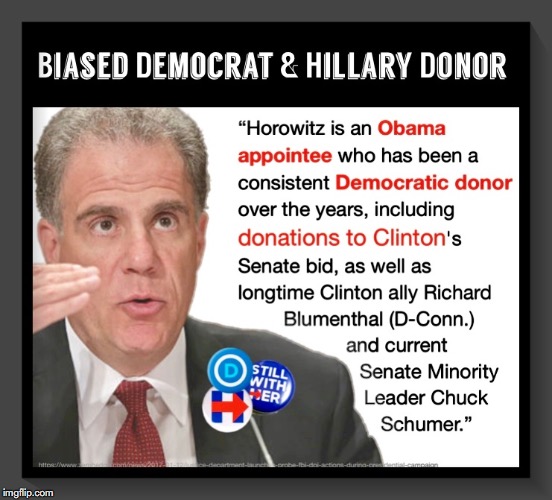 KEY POINT: What could be more damning than when DoJIG Michael Horowitz Proves To Be A Soros Pawn? That Rothschild bagman and New World Order frontman George Soros has not been arrested and prosecuted to the fullest extent of the law is, in and of itself, a gross travesty by the U.S. Criminal Justice System.

When the DoJ IG tells the American people they never saw what we all saw, the degree of institutional corruption and criminality has pushed way beyond the edge of the envelope.

Likewise, when FBI Director James Comey told the whole country that Hillary Clinton never broke any federal laws in the conduct of her Secretary of State duties, even though she herself admitted to various crimes, things have already spiraled way out of control.

One of the most unsettling of all the most serious consequences associated with a totally compromised and corrupted federal government is that chief corruptocrat — Hillary Clinton — may actually run for president again!

Now how does that happen, people, except by the same purposeful design that got Manchurian Candidate Barack Hussein Obama elected when he never even properly proved his legal U.S. citizenship. See: Obama Birth Certificate: Confirmed Forgery According To Top Experts

Only through the enormous power and foreign influence wielded by the all-pervasive Deep State could such massive criminal conspiracies take place and be successfully covered up.

That there was no attempt to even hide the Obama birth certificate forgery by those who fabricated the fraudulent document clearly demonstrates the apparent impunity with which the Deep State and DNC collude to conduct their never-ending crime sprees against the United States of America.

Let’s face it: if the fundamentally communist Democrat Party will perpetrate the blatant Obama BC fraud against the American people, what won’t they do?!

Lastly, it must be pointed out that Michael Horowitz, an Obama appointee, proved himself to be a Deep State Democrat when he asserted that the FBI had “no political bias in Russia probe”. Really, just think about that absurd conclusion in the face of so much incriminating evidence to the contrary. But then Horowitz, in his calculated fashion, goes on to say in his testimony before Congress that his report does not vindicate the FBI. That’s how they perpetrate deceitful whitewashes like this which alway guarantee the guilty will escape lawful prosecution.

Bottom Line: There a very good reason why this guy’s name is Whoreowitz.

[1] SUPER-PSYOP! The whole thing was set up as a CIA-directed presidential entrapment scheme.