COVID-19 is also an ELECTRICAL DISEASE, but that does not mean it’s ‘not contagious’

Posted on April 8, 2020 by Cosmic Convergence 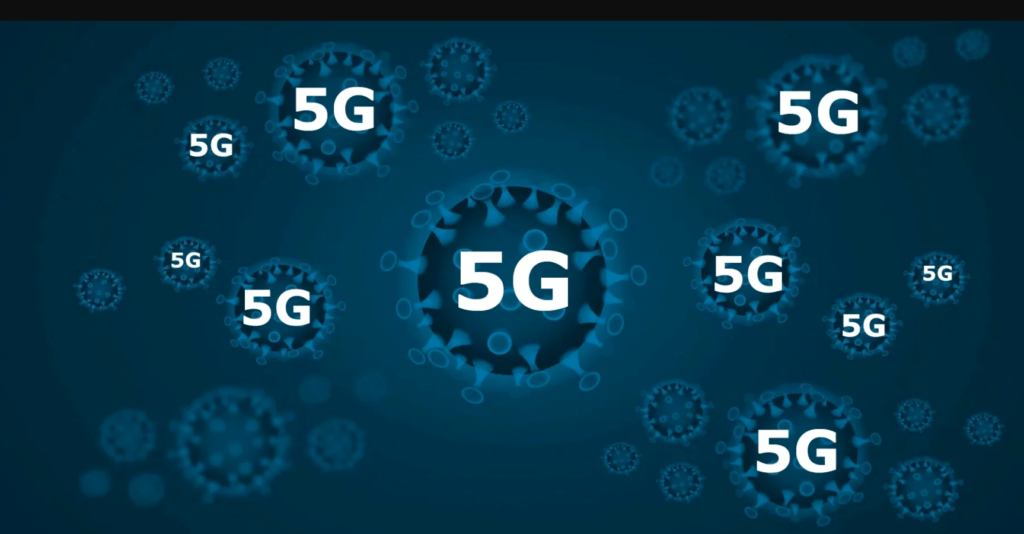 SOTN Editor’s Note: As many SOTN readers know, this platform takes a much wider view of the global coronavirus outbreaks than the article posted below in its entirety.  While the title of that article states that the “flu is not contagious”, the Wuhan novel coronavirus is NOT just a flu bug … or an influenza pathogen … or even a typical coronavirus.  Rather, COVID-19 is a weaponized coronavirus hybrid which has been bioengineered to be highly contagious and debilitating.  This bioweapon is being stealthily launched in heavily populated areas where 5G has been intensively deployed, specific chemtrail aerosol formulations have been sprayed, and flu shot programs have been aggressively administered.

KEY POINTS: It’s of paramount importance for all healthcare professionals to view COVID-19 as a mutating multi-infection syndrome.  The primary pathogenic micro-organism involved appears to be a bioengineered coronavirus hybrid which is not only a highly infectious respiratory disease caused by severe acute respiratory syndrome coronavirus 2 (SARS-CoV-2), it also has HIV inserts.  The “uncanny similarity of unique inserts in the 2019-nCoV spike protein to HIV-1 gp120 and Gag 3” proves the deliberate bioweaponization of COVID-19.[1]  However, there are some unusual symptoms which have been observed with this bioweapon that indicate the presence of other pathogenic micro-organisms.  Those atypical coronavirus symptoms have not appeared during any other pandemics or influenza outbreaks prior to 2019.  The challenge associated with every multi-infection syndrome is that they can manifest quite differently in each patient just as Lyme disease (a bioweapon released from Plum Island Animal Disease Center of New York) and Morgellons disease often do.  The disease process can also mimic other viral, bacterial, fungal, parasitical and/or mycoplasmal co-infections, as well as morph into a symptom set that is different from the presenting symptoms at the onset of COVID-19.  This is especially being observed with single and double re-infections.

In this way, highly conducive circumstances were purposefully created to trigger the coronavirus cluster explosions in Wuhan, Milan, Seattle as well as the greater New York City area.  Of course, the intensive 5G roll-outs in those cities were the main triggers.  But it’s COVID-19 that is specifically being used to bring about the perfect superstorm via multiple covert acts of bioterrorism.  This is why the COVID-19 appears to be mutating into different variants on each continent.  The stark reality is that each coronavirus cluster represents a new bioterrorist attack launched by the New World Order globalist cabal against a targeted population. See: BIOWEAPON! Do so many different strains of COVID-19 means it was bioengineered to mutate so quickly?

Nonetheless, the following article provides a very important piece of the COVID-19 pandemic puzzle which cannot be ignored.  The connection between the ever-worsening annual flu seasons and the intensifying electrification of the entire planetary civilization must be well understood by everyone.  However, while some influenzas may not be contagious, most flu bugs today are.  And COVID-19 appears to be a particularly virulent strain of coronavirus that is being deliberately supercharged by the rapidly expanding 5G power grids.  Please see the following two important exposés for more details regarding this complex international criminal conspiracy and ongoing cover-up being carried out by agents of Deep State in each targeted nation who are working in close collaboration with NATO’s Operation Gladio.

What follows is the aforementioned article but, remember, the bioweaponized coronavirus hybrid known as COVID-19 has proven to be highly contagious; and to respond to it otherwise is both foolhardy and downright dangerous.  Moreover, COVID-19 is definitely not your average seasonal flu.  Nevertheless, there’s still a LOT to glean from this fascinating historical analysis which was originally proposed by Arthur Firstenberg. 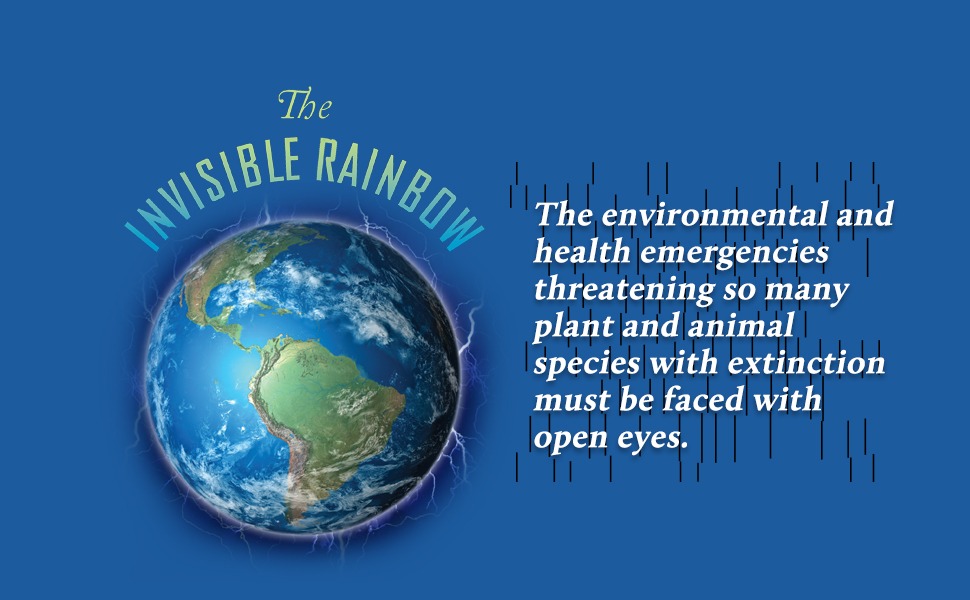 Flu is not contagious

World economy wrecked by a hoax

A History of Electricity and Life

Arthur Firstenberg has changed the future and won himself a Nobel Prize with the publication of The Invisible Rainbow, which proves, among other things, that . . .

• The flu is an electrical disease. The trigger, Firstenberg writes, is connected to seasonal variations in solar radiation, as so many have suggested over the previous two centuries.

Long ago reports have shown that flu epidemics tend to occur during years of maximum solar activity, and that cases can rise and fall with the number of sunspots.

Famous thinkers who have connected flu with sunspots range from Noah Webster to Fred Hoyle. In 1836 Heinrich Schweich observed that it was a common belief that accumulation of electricity within the body caused influenza. His contention has never been disproven, Firstenberg reports.

The period of 1645 to 1715 is known as the Maunder Minimum, where no sunspots nor auroras were seen. There were also no worldwide pandemics. It wasn’t until 1727 that sunspots numbered more than 100 for the first time in more than a century. In 1728 influenza arrived in waves over the surface of the Earth and lasted by some accounts until 1738. Some 2 million died, Firstenberg wrote.

The pandemic of 1889-94 swept over the entire planet. Firstenberg theorizes that this accompanied the first electrification of the planet with electric lights turning on everywhere.

A litany of quotes from the past two centuries all testify to connection between worldwide influenza outbreaks and the solar cycle.

Firstenberg targets the beginnings of misdiagnosis of a disease once called neurasthenia, or electrical sensitivity, to Sigmund Freud, who classified it as an “anxiety neurosis” in 1894, ending research into the electrical causes of the flu down to this very day.

“Because of him,” Firstenberg writes, “we are today putting millions of people on Xanax, Prozac and Zoloft instead of cleaning up the environment.”

Thus, all this present-day twaddle about “social distancing”, quarantines and business closures are deliberate impostures by medical quacks who have ravaged the population with poison vaccines for the disease caused by electrical sensitivity. A thorough investigation followed by arrests and lawsuits for malpractice are totally in order for the criminals who seek to destroy the governments of the world with deliberately false information. Vaccines for flu have been foisted on the public for many decades and Firstenberg’s research shows they have always been totally inappropriate, not to say criminal.

“The Invisible Rainbow” was first published in 2017 and since has been rereleased in a paperback version by Chelsea Green, based in White River Junction, Vermont.

A more complete review will follow shortly, but the brakes need to be put on this legislative and medical hijacking of the American republic and all the governments of the world by criminal politicians, doctors and billionaires who plan on killing millions of unsuspecting victims with their poison vaccines which are totally inappropriate for the electrical sensitivity disease they have turned into a cash cow for unscrupulous vaccine manufacturers.

Firstenberg also wrote that several prominent virologists have admitted over the yers that vaccination has done nothing to stop epidemics and that the disease still behaves as it did a thousand years ago.

“The embarrassing secret among virologists is that from 1933 until the present day, there have been no experimental studies proving that influenza — either the virus or the disease is ever transmitted from person to person by normal contact.”

In September 1918 tens of millions died from the so-called Spanish flu but there was never any evidence it was caused by contagion. There were nosebleeds and blood hemorrhaging. Blood wouldn’t clot and there was a lot of hair loss from the unprecedented worldwide use of radio waves.

Numerous attempts were made to make it contagious but they all failed.

And 1968, the satellite era began. These were the significant times when large changes to the Earth’s electric field were made. Each was accompanied by a significant flu pandemic. And each time the public was hoaxed by phony attempts at vaccines that were guaranteed not to work.

Then came the wireless era and HAARP, the High Altitude Auroral Research Project, which will be reviewed when this report is continued in part 2.

In the meantime, the measures imposed on the peoples of the world based on false information from unscrupulous doctors and politicians must be immediately reversed. Life must return to normal and those responsible for this fiasco of totalitarian abuse must be punished to the full extent of the law.

Social distancing, quarantining, the closing of businesses are absolutely unnecessary because no flu is contagious. The duplicitous medical community has played a joke on an ignorant public in order to turn the freedom loving American way of life into a diabolical Communist concentration camp, apparently with an idea to reduce the population with totally unnecessary poison vaccines.

Spread this news far and wide. Time is short. And the forces of evil are arrayed against all humanity, with the power of corrupt media and bought-off politicians all willing to end freedom with this cynical barrage of blatant lies that has disrupted the entire world and left its population terrified. For this hoax there is no forgiveness.